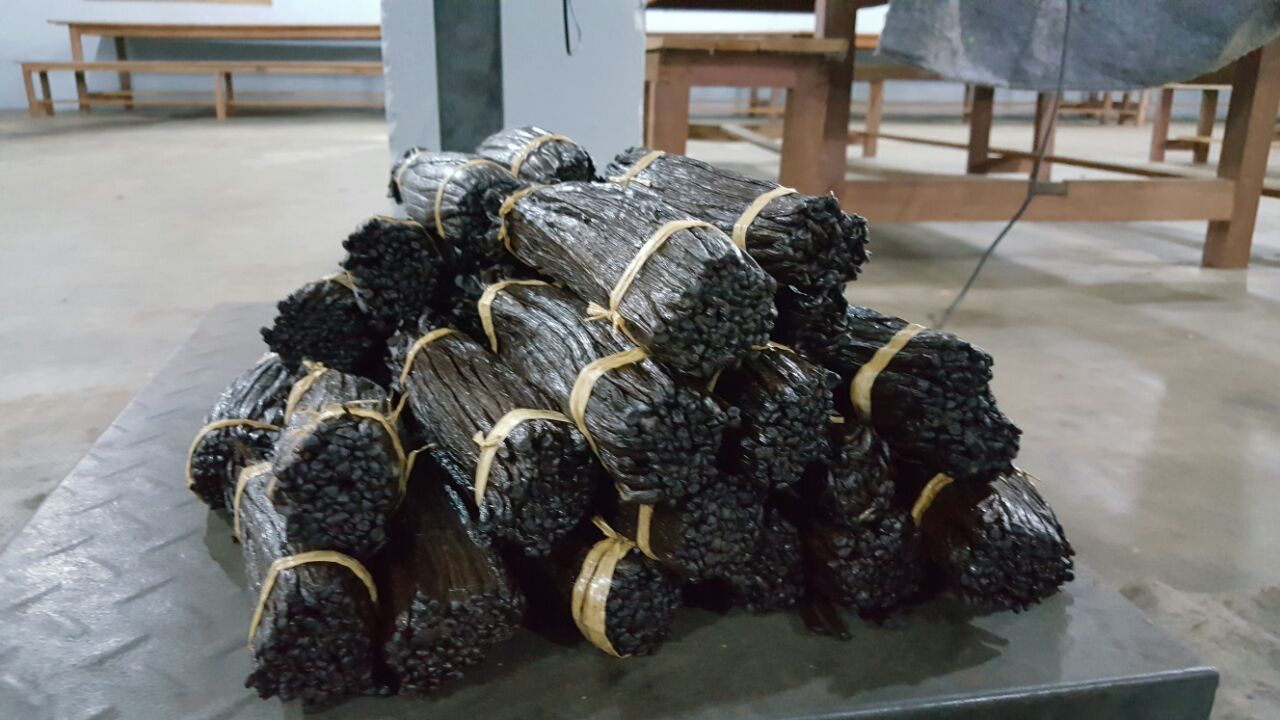 This week in Madagascar the price of beans shot to 1.6 million ariary and up. Then, to make matters crazier…

A Dubai company recently placed one of the largest orders of the year, on the heels of an already escalating market frenzy. Valentines Day and after looks to see the price go up further, unabated.

Of course, floods of enquiries will come in again per week in from buyers and their imposters, asking for the price from every exporter, only to find by the following week that when they want to buy they again lost huge amounts of money every day they waited.

Vanilla has literally become the most profitable commodity in terms of market change of the past few years. There is probably not another commodity on any market that had a value which went up 1000% in the span of 2 years.

For example, a very lucky central Manhattan property for $1,000,000 USD 2 years ago would take at least 15 years to break even. It would take about another 25 years to make 100% profit, counting deflation. So to double your investment, it would take 40 years. If a mortgage was involved or financing, the break even line would be twice that, at about one human lifetime. This sort of holding is something commonly in a prestige portfolio in Asia or Arabia, or even Wall Street. And these are the good ones. Not most holdings.

Meanwhile, if you spent $1,000,000 on Mada vanilla of grade A 2 years ago, and had the foresight to do something seemingly boring of that type, it would take about 3 months to break even, and in 2 years it would be worth $10 million US Dollars. In fact, you would in fact quintuple your investment in ONE year. You would make 1000% profit in 2. You would have 10 times your investment in just 2 years. But of course, that’s boring old vanilla…Never was so sexy. Generally, that is why it has long been secret too.

Ironically, MVC and most SAVA (Sambava, Antalaha, Vohemar) companies and collectors have openly been predicting this for the past 6 months, to the insults and screams of a lot of traders and would-be-customers who did not want to believe it, taunting that this bubble would end, and the prices would go down in a dive to meet “reality”, and that it was all a cartel-cultivated racket and not a function of real supply and demand. EU and US “experts” in spice and commodities futures even joined this chorus. Now the tune is of despair. They were all terribly wrong. The price is now, as was prophecy, going over $500 a kg at the farm.

Well, this month there is a lot of crying in their corners too, as most of the exporters who told the world to come back to them in February or March when the price stabilized have baited world food into paying the highest prices in history for vanilla. While nobody can say exactly the demand in tonnage, so far it has been enough to sustain the best market in history. Or, if you hadn’t taken the advice to buy before the holidays…the worst.

In matter of fact, more of MVC’s efforts this year and focus are less on sales and the tidal waves of panicked buyers, but more intensely into selection, as a lot of bad bad vanilla is out there, and finding the top 5% of the best 1% is becoming more knowledge and experience-intensive too. It is a long road ahead, and quality control is a hard gig, but central to the future of the island’s reputation, and ours. This may be a good year for the beans, but the long game is 50 years out, and still a long road to go to finally tap all of the growing world demand for the flavor and the fabulous fine-scented flora.

MVC advises all of its friends and long term customers to please also consider waiting for next year or after if vanilla is non-essential to their business, as, like we have been saying for almost a year, it is going to get worse before it gets better.