The Open of the 2018 Vanilla Export Season

The scent of SAVA lingers strong in the air this month as everyone prepares for export from mid-October. The industry and inventory management is in a buzz from the beaaches of Antalaha to verdent Vohemar, and even down past Masaola Forest to Mananara and up to Andapa, as 2018’s crop begins to hit world markets.

On the vanilla coast, the production/farm price in the countryside-countrywide has slightly increased, by about 5-10%, while the largest importers in USA, Europe, and Asia are in doubt whether and when to buy. Predictions predicated on rumor abound of a price change upwards as well as downwards, for a multitude of reasons, seldom square with reality, and sale prices from the largest exporters SAVA-wide range from $450 to $650 FOB, depending on size and humidity point.

Statistics of the gross annual yield have become an even greater farce than before in Madagascar as huge tonnages the past year and even in the past months have been exported with misdeclaration or no declaration with corrupt customs or back channels, or misnamed per year as 2017 stocks. The government of Madagascar in Antananarivo has show greater interest in profiting off the vanilla industry too and sent and signed into law whole arrays of new laws and conditions to which the exporting houses must accede to in order to tax the crop from every which way, pressing prices up for the people who ensure quality, while farmers still pay no tax or keep cash. Officials are assigned to SAVA to carefully filch cashflow, and even often build up their own export houses in tandem with rosewood rackets further afield in Masaola Forest.

In the past year some vanilla companies have campaigned to indoctrinate or spin customers into believing that moisture-high inferior noire vanillas that range into 35-58% and that carry high mold risk are “gourmet premium” and other terms like this. – The reason the impetus exists to sell is because to cure gourmet vanilla of this humidity point takes less time and retains more of the pricepoint principle paid to the farmers or green collector, and that selling for a high price can as much as triple profit for the exporter. These beans leave the port in vacuum pack and remain stable for about a month, before being opened at the end user’s delivery point or port, and immediately start to bloom mold.

Recent research in vanilla science has yielded an actual mold risk ratio that exists between the humidity number and the vanillin number, therein that with machinery we can actually now predict precisely when mold occurs in vanilla. The benzenoid precursor that exists in the young vanilla bean eventually with the curing process either crystallizes into vanillin crystals, or devolves into phenols (which give the horrible medicinal smell) – and the end ratio of that vanillin percent to the humidity percent in the exported finished beans can perfectly chemically predict mold risk in vanilla.

The “gourmets” exported in vacuum (now totally illegal in Madagascar for these very reasons) are largely over the threshhold of that ratio that make the benzonoid transfer and transform its molecular structure to express as phenols, and eventually invite microbial and fungal blooms and mold. Ironically, customers have come to associate beautiful wet vanilla with quality, when the expression of mature and excellent vanilla flavor is accomplished through excellence and patience in the curing process to target far south of 35% humidity and mainly 20-30% to stabilize, better express vanillin and the vanilla flavor profile, and make vanilla taste better with age and even last for 10 years in many cases!

Export prices for tonnages of MVC vanilla are in the US $400’s and $500’s this week depending on characteristics, and guarantee no mold and long term excellence in flavor.

Another scheme and problem a lot of export houses have now become in actuality and in secret trading houses, whereas they stock no vanilla and use customer prepayments to promise vanilla not yet in existence, and then use the buyers’ money to subsidize bidding and collection and have to go out and find it, often not finding the price they need to maintain any margin and so therein having to buy and rationalize inferior vanilla beans. Many farmers will not agree to sell vanilla without immediate cash even to legacy vanilla families in Madagascar now, and so many Sambava and Antalaha-based companies have had big problems wherein they pre-sold vanilla they didn’t actually have for too low a price and aren’t able to procure quality vanilla at any profit level, and have foisted subpar beans on the trusting customers as a result. 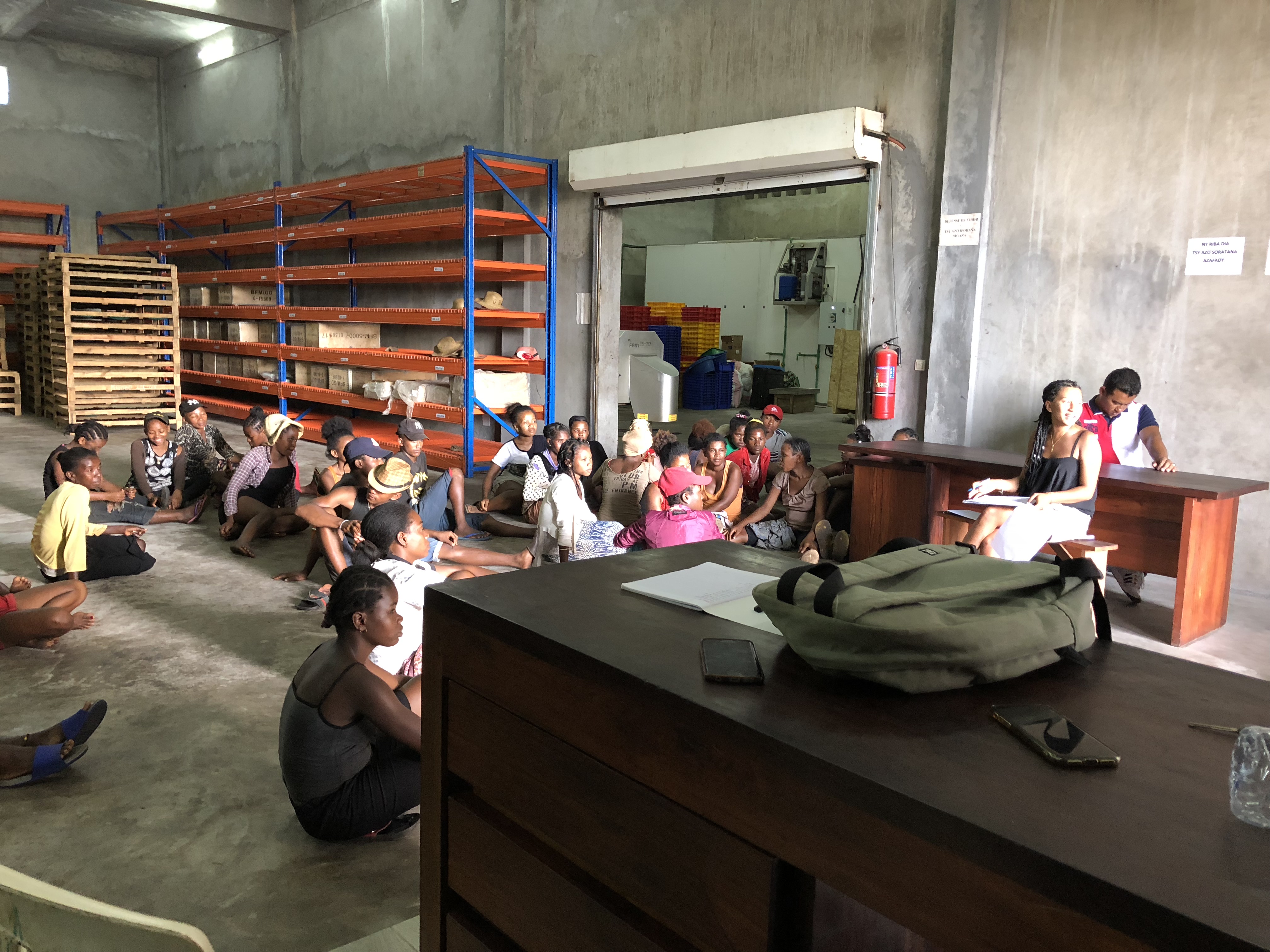 ar and the spice world many foreigners await a price correction or escalation, with few if anybody knowing where the price goes from here. Many large legacy customers of the big houses like Frais, Promabio, Symrise, and Trimeta are searching for new suppliers in hopes of cheaper supplies, while altogether new customers and demand is entering the market, especially from Asia, and arriving in town.